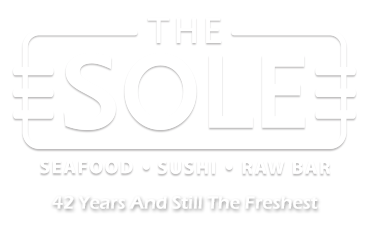 Secrets of Success After 40 Years of Business

It could have turned out a lot differently for Robb Ahlquist, co-owner of The Sole Proprietor.

Instead of celebrating his 40th year at the landmark seafood restaurant on Highland Street in December, the Shrewsbury resident might have been admiring four decades as a doctor.

“I was pre-med at Syracuse University,” Ahlquist said.

As a student at the upstate New York school, Ahlquist, now 69, took a slight detour. The biophysics major took a 15-hour-a-week job in the school’s food service department. Within a short time, he was managing the dining hall, earning free room and board.

With his love for the restaurant and hospitality trade born as an undergraduate, he said, instead of pursuing medicine after his graduation in 1972, Ahlquist took a job at The Walter White Tavern in Syracuse.

One of the things he remembered most about the experience was the New York eatery got its fish from Foley Fish of Boston. That supplier, founded in 1906, is still operating. Ahlquist said Foley has set the standard for the freshest, most flavorful seafood available.

By 1979, Ahlquist and his wife, Madeleine, were ready to return to Massachusetts. That year, the couple bought the former Shannon’s, a diner and pub, and prepared a seafood menu.

“Back then there wasn’t a single seafood restaurant in Worcester,” he said. “Restaurants served seafood dishes, but none had seafood exclusively on their menu. But I knew I had a supplier of high quality seafood.”

Ahlquist then called Frank Foley to open an account. Today, the restaurant still gets most of its seafood from Foley.

A Sole secret for success, he said, is the restaurant has refused to follow the trend where everything is a la carte.

“When we started, a salad or soup, a vegetable and a starch were part of the meal,” he said. “Our customers like it that way, and we’ve kept it because it’s worked for 40 years.”

Another secret, he said, is a staff with longevity.

“Some of my people have been with us for 20 and 30 years,” Ahlquist said. “That says something.”